"Wizard Battle" is the eighth episode in the third season of Adventure Time. It is the sixtieth episode overall.

Finn and Jake enter a competition for wizards in disguise so they can prevent Ice King from winning the grand prize: a kiss from Princess Bubblegum.

The episode begins with Finn singing the Wizard Battle song in the arena, where he joins Jake. The wizard contestants arrive in the arena and the Grand Master Wizard announces the rules of the battle. He says that weapons and science are not allowed and they must fight with spells from "the eight schools of magic." Finn and Jake meet the Ice King, who reveals that he is going to cheat to win. The Grand Master Wizard then announces that the grand prize is a kiss from Princess Bubblegum. Some of the wizards refuse to fight for one kiss from her and are transformed into cats by the Grand Master Wizard.

Finn decides to enter the battle to prevent the Ice King from kissing Princess Bubblegum, while Jake says the real reason he is joining is to kiss Princess Bubblegum himself. They enter the arena and hit the pile of weapons left behind by participants and disguise themselves in some discarded clothing. They plan to hide behind a rock and wait for all the other wizards to defeat each other, but then meet a wizard called Abracadaniel who explains to them that everyone is waiting for the sorcerers of opposite elements to face each other first. He then tells them that he entered the competition only because he believed that the prize would be money, and that if he wins he would refuse to kiss Princess Bubblegum. Finn then decides to help him win to "save Princess Bubblegum's lips."

The three eventually face the Ice King, who has been using nunchaku to help him win. Finn whispers to Abracadaniel his plan of how to defeat Ice King: When Ice King draws his nunchaku Abracadaniel will transform them into a butterfly, before returning them to their original form to fall on Ice King's head, knocking him out. This plan works and, after defeating the Ice King, Abracadaniel feels more confident of himself as a real wizard. Finn forfeits since he just wanted to defeat Ice King, and the Grand Master Wizard turns him into a cat. Abracadaniel then says that he has become a man "who deserves a kiss from a princess," causing Finn to tear through his magically-appointed cat body and perform a Power Shriek upon Abracadaniel, knocking him unconscious. With no wizards left, Finn is declared the winner and is sent to the locker room to prepare himself to kiss Princess Bubblegum.

In the locker room Jake is able to get Finn to confess that he likes Princess Bubblegum and that he actually wanted to be the one to kiss her, which then proves to be the last straw for Finn. Completely enraged, he admits it, and eventually lets out an emotional outburst at Jake (which then causes Jake to be very sad for a while) but then apologizes, saying that hiding his feelings is exhausting. When Finn finally appears to kiss Princess Bubblegum, he is tripped up by the Rock Wizard and loses his disguise. When Princess Bubblegum demands an explanation, Finn explains to her that he just entered the Wizard Battle because Ice King was going to cheat and he did not want him to kiss her. Princess Bubblegum kisses Finn for being sweet and also gives him a slap on the face for cheating since he entered in a wizards-only battle. Then she tells to everyone to go home and prepare for the next year's Wizard Battle. Finn and Jake then lay down and Jake congratulates Finn on getting the kiss. Jake then tries on the glasses that were part of the disguise they had been wearing, and Finn remarks that he looks "so fly." Ice King (who came out of nowhere) then joins the conversation, asking for their opinion on his glasses; the episode ends with Finn and Jake not saying anything to Ice King and just looking at him. 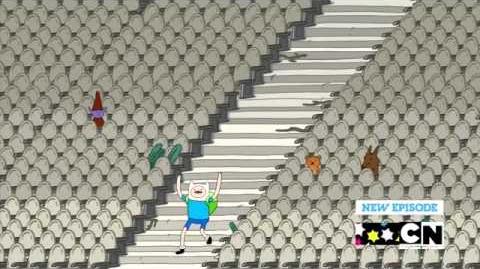 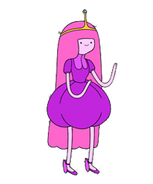 "A kiss from Princess Bubblegum...on the mouth!" 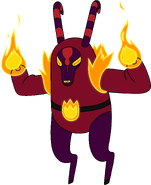 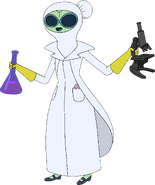 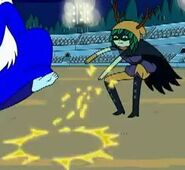 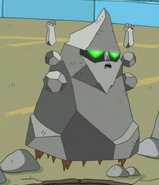 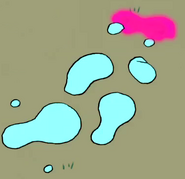 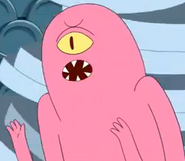 A kiss from PB