"Wake Up" is the first episode in the sixth season of Adventure Time. It is the one hundred and fifty-seventh episode overall.

In order to find Finn's father, Finn and Jake must commit a cosmic crime...unless the Lich beats them to it.[2] 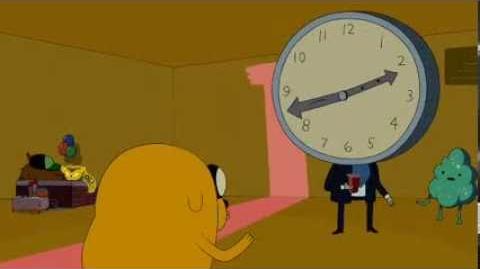 "Are you gunna go see him?"

Retrieved from "https://adventuretime.fandom.com/wiki/Wake_Up?oldid=644909"
Community content is available under CC-BY-SA unless otherwise noted.