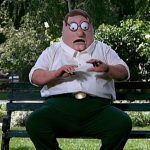 Samantha Edit Talk0 1,917PAGES ON THIS WIKI Samantha Samantha in the comic book Name Samantha Sex Female Introduced in Issue 15 The following information is from the Adventure Time comic book series. It may not be part of the same canon or continuity as the animated series. In Issue 15 of the Adventure Time comic book series, a green princess named Samantha appeared. She was at Princess Bubblegum's princess only party and was helping to make Magic Man give Finn and Jake's voices back. She decided to plan how to get Magic Man right in front of his home which was a bad idea because he heard the whole plan. Princess Bubblegum was mad at her for that so she used sarcasm against her about it and addressed her as "Princess" She said that she was sorry and also said her name was Samantha. Then at the bottom of the page writing showed up which was what Samantha was writing. She said "Yes hello my name is Samantha and I do not appreciate being the victim of most sarcasms." Clarifying that she doesn't like people using sarcasm against her and that she would much rather be referred to as "Samantha" rather than "Princess." AppearanceEdit Samantha is a green skinned humanoid girl, with curly, darker green hair tied in two ponytails that reach about her waist. She has black dots for eyes, like the majority of the Adventure Time characters. She has a lime green colored dress with puffed sleeves. She wears a small yellow crown with three points. The bottom part of her crown is the same color as her dress. PersonalityEdit Very little is known about Samantha except for that she does not like it when people use sarcasm against her and she quite possibly likes being called Samantha instead of Princess. QuotesEdit “ I'm sorry!

” “ Yes hello my name is Samantha and I do not appreciate being the victim of most sarcasms.

Retrieved from "https://adventuretime.fandom.com/wiki/User:Sky_Monster?oldid=545897"
Community content is available under CC-BY-SA unless otherwise noted.