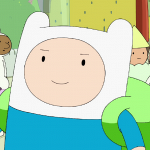 My favorite Seasons of Adventure Time is Seasons 4, 5, 6, 7, and beyond! These seasons are the best seasons of all time because it has Mystical things and very amazing scenes in it! I totally recommend these seasons! Make sure to check out my favorite episodes from my favorite Writers and Storyboard Artists.

One of the huge reasons why I love Adventure Time is because of the Philosophy that's in the show about Mystical and Spirituality things that's throughout the newer seasons.

What I also love about Adventure Time is that they also put in a lot of symbolism that's mystical and part of religion which I really like too. You can see some of the symbolism that's on my page.

Retrieved from "https://adventuretime.fandom.com/wiki/User:MichaelFinn?oldid=824053"
Community content is available under CC-BY-SA unless otherwise noted.