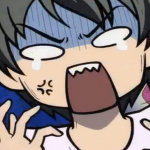 Hi, I'm Joseph416. You can just call me Joe. I'm 13 years old, and started to like Adventure Time around the 2nd season. I like finding the snail in Adventure Time episodes.

In real life, I tend to say "Mathematical!" or "Rhombus!" to exclaim on a situation.

Adventure Time stuff I have

Times I found the Snail

Click on any of the pictures to the right to see animation!

NOTE: Pictures may take a few seconds to load.

-That Guy in Xmas Sweater

I'm sure I've added a few more than that, but I forget things easily. I'll add to this list if I ever remember.

Retrieved from "https://adventuretime.fandom.com/wiki/User:Joseph416?oldid=610763"
Community content is available under CC-BY-SA unless otherwise noted.