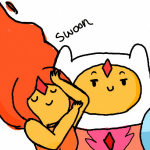 Hello there fellow Adventure Time fans! I have visited this site many a days before finally joining. I wasn't heavily invested in the Adventure Time series until the introduction of Flame Princess. Since then I have been heavily invested in the show, no more so then Metal Gear, which I also like alot. I tend to draw AT characters in my spare time, but I admit outside of drawings of Flame Princess I completely suck. I am also a generally good-natured fellow just looking for someone to talk to on a regular basis. So come and say hi to me on chat! I also run and maintain my own Wiki, the Flame Prince Finn Wiki. Named changed based on Flame Prince Finn's suggestion.

My final goodbye to all the friends I've made on this site throughout the years. 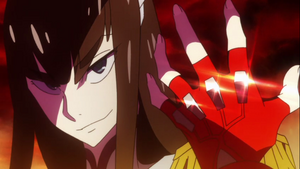 Other Services I Use

The following is listed by order of Mosted Used first.

Retrieved from "https://adventuretime.fandom.com/wiki/User:FIame_Princess?oldid=794379"
Community content is available under CC-BY-SA unless otherwise noted.