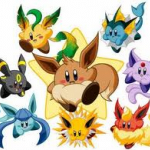 aka Gorgo The Great

My theory is Beemo was Watching This Part Off-Screen.Then Analyze it. Free sigs!

Nyeh...Not much im an AT Fan and have a lot of knowledge bout Grammar but not too muh.

Vandalisms Of Lolness.No offense to you guys.

1. Princess Bubblegum stabbed her with a katana and a dagger and then Flame Princess died

Comments:So Full of Win! Sorry to the Fp fans.I dont like Fubblegum that much but this is really funny.

2.Aghhhhhh (also called Tobuscus Mayo), who happens to be Jake's dad, goes on a mild rampage after Jake releases him from the Left Square Bracket, causing great destruction for Finn. (Lol dude.. thats from it came from the nightosphere. FULL VERSION http://adventuretime.wikia.com/wiki/It_Came_from_the_Nightosphere?diff=prev&oldid=298115)


Retrieved from "https://adventuretime.fandom.com/wiki/User:EwanWithLazers?oldid=544881"
Community content is available under CC-BY-SA unless otherwise noted.