"Together Again" is the fourth and final episode of Adventure Time: Distant Lands, though it was released before "Wizard City".

After their death from natural cause many years after the events of Obsidian, Finn and Jake reunite to rediscover their brotherly bond and embark on the most important adventure of their lives.[2]

Many decades have passed since the events of "Obsidian". Through a hallucination, it is revealed that Jake has passed away, which traumatized Finn to the point of obsession and he keeps these thoughts hidden from everyone else. The hallucination begins with Finn and Jake escaping a cave made out of ice cream, running from a race of ice cream monsters after they stole the prized "50-Flavor Ice Cream." After leaving the cave, Ice King is spotted above, kidnapping Turtle Princess and Lumpy Space Princess. They follow him to his castle, where they find the two princesses tied to a unique contraption. Ice King explains that if Finn saves one, the other will fall into boiling ice. Finn, however, triumphantly saves them both, Jake becoming partially frozen in the process. Turtle Princess then warns them of giant worms destroying her Library, a task Finn finishes easily using Jake's ice block and a wagon for a weapon. A giant bird scoops up the remaining worm, with the duo hitching a ride back to the Tree Fort. An open grave is seen, and Jake is seen slowly crawling toward it. This makes Finn start to panic, and it only intensifies after Jake suddenly melts into the grave, which now reads "R.I.P. JAKE."

Finn then manages to free himself from a Dream Parasite's grasp, where he learns that the whole thing was a hallucination. Finn has passed away naturally and is now seen amongst various older characters in a cave, which leads to the entrance to the Land of the Dead. Upon realizing he is dead, Finn excitedly rushes through the gate (once again not listening to the Gate Guardian) knowing he can finally be with Jake again. He believes he has spotted Jake, only to unexpectedly find Mr. Fox. Mr. Fox explains that he is Finn's assigned guide to the Dead World, but it is evident that Finn is dead-set on finding Jake. Mr. Fox informs Finn that he can appear as any past version of himself, whether it be a different age, past life, or temporary transformation. After briefly transforming into different versions and past incarnations (including Shoko) Finn decides to go with his "recognizable" teenage self. After Finn demands to meet New Death at his castle, the two meet Tiffany, who is now one of the guards working for New Death. After taking a tour of the castle, Finn finds his way to New Death's throne room, but he is completely different from his predecessor, reckless and not to be reasoned with. His angsty teenage attitude causes him to get frustrated at even minor inconvieniences, which makes him threaten Finn's second death. However, when he hears Finn say he'll do whatever it takes to reach the 50th dead world, New Death gains a sinister grin, then surprisingly spares him and kicks him out. Finn's interference nearly had Tiffany sliced into nothing, which leads Tiffany to believe that they're enemies again. Finn reminds him of their bonds with Jake, and then they seemingly reconcile before Finn betrays his trust and steals his undertaker pipe.

Finn searches through various dead worlds, eventually finding Joshua, Margaret, and Jermaine. They advise him that you can only get to the 50th dead world, where Jake resides, by not wanting to get there. As Finn struggles to do so, he goes up to the roof to keep trying to "not want to get there." Not long after, Tiffany and other undertakers arrives and blow up the dead world, leaving Finn floating through space, alone and emotional. When Finn yearns for his old buddy in a desperate cry, Jake feels his vibrations, and finally comes down to him from the 50th Dead World. Despite how badly Finn wanted to see him, Jake is unconcerned, and simply says "I'll see you when you get to the 50th." But when Finn is outnumbered in a fight with New Death's guards, he realizes the situation and joins in on the action. New Death then reveals letting Finn find Jake was part of his plan to eliminate all of the dead worlds; he couldn't reach the 50th dead world, so he waited for Finn to bring Jake out of it to gain access. However, he is disappointed to see it is fairly bland, and everybody there has simply found true peace. But nonetheless, New Death destroys the 50th dead world, and everybody in the Land of the Dead is now in the 1st dead world, where the worst of the worst reside.

Finn and Jake then contact Peppermint Butler via ghost-call, and he helps them get to the realm of Life. Upon meeting Life, they discover that she is the mother of New Death. Outraged that her son was preventing reincarnation (her whole purpose), Life gives Finn and Jake the Kiss of Life, a staff capable of defeating death. When Finn and Jake reappear in the first dead world, Jake points out Tiffany that as long as New Death is in charge, no soul will ever be happy, which convinces him to help out. Tiffany has them disguise themselves as Shoko and her tiger, but it doesn't work out, and Finn and Jake go rogue. Tiffany is then thrown into the bottomless pit for punishment, but is saved by Joshua and Margaret, who decide to take him in as their own son.

Finn and Jake challenge New Death with the Kiss of Life, and manage to strike him down. As they are trying to figure out how to actually use the kiss, New Death gets back up and starts charging. With quick thinking, Finn uses his note from Margaret (reading "Hold Still") as a majestic talisman, trapping him. New Death then reveals he is actually being controlled by The Lich, who managed to gain total possession of him by becoming his right hand man (literally). He begins to burn the talisman with an incantation. The two fight over who will stop him, as they are both willing to take on Death's role in sacrifice for their friend. Right as Mr. Fox arrives, The Lich destroys the talisman and charges. Mr. Fox manages to activate the Kiss of Life just in time, killing New Death and taking his place. The Lich's hand is all that's left, and he attempts to persuade Mr. Fox to work for him before Jake crushes him and throws him out into the vastness of the Land of the Dead. They then say goodbye to Joshua, Margaret, Jermaine, and Tiffany, and Finn then opens up to Jake on how he felt after his death; he had other things to live for, but deep down he was just waiting until he could die and be with Jake again. Finn then asks to be brought back in a new life, to which Mr. Fox agrees, while Jake decides to remain in the 50th dead world. However, at the last moment, Jake changes his mind at the last few seconds and then joins him in reincarnation, finding themselves together again. 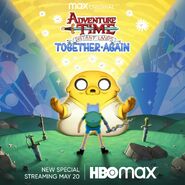 The official poster for the episode 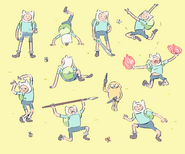 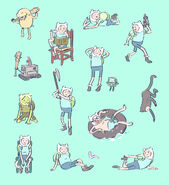 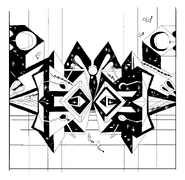 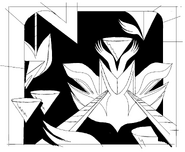 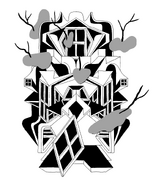 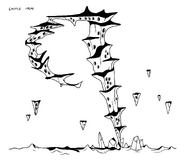 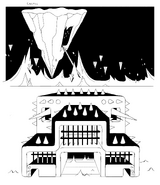 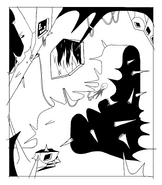 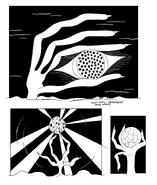 Elderly Finn in the dead world