Tom Herpich
The Wand is a two-minute mini episode of Adventure Time. (The Video clip was seen on the Threadless tee shirt competition's page.) The episode can be seen here.

The origins of this short are not exactly known, although comments on a YouTube video suggest that it has played as a promotional short in AMC theaters, at Six Flags amusement parks, Carl's Jr, and Universal Studios. The Wand appeared as a bonus video in the ADVENTURE TIME: The Complete First Season.

Finn and Jake come across a magic wand, but when the wand becomes uncontrollable, they must team up with the Ice King to stop it.

Finn and Jake discover a wand that Jake had been laying on while looking at the clouds. The wand stand spits out colorful demons. The two decide to leave and use the wand further when they run into the Ice King, who is trying to burn a Giant Ant with a magnifying glass and was shouting "Why won't you die!!." They warned him to leave the ant alone, and when he threatens to burn them with the magnifying glass, Jake attacks him with the wand. Shortly after, Jake loses control of the wand, stating it has a "mind of its own." As the wand spews magic uncontrollably (as well as somehow Lumpy Space Princess), Finn and Jake begin to deliberate on how to defeat the wand, at which point the Ice King interjects and suggests they all work together. Finn reluctantly agrees. As Finn and Jake distract the wand, the Ice King sneaks up behind it and jumps on top of it, causing it to explode. When he asks if he got it, his face seems to have a strange bird-like appearance. Finn and Jake then congratulate him for defeating it.

Finn and Jake playing with the wand 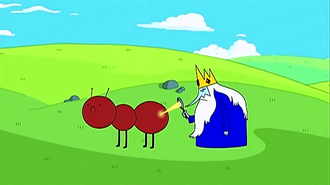 The Ice King trying to kill a Giant Ant 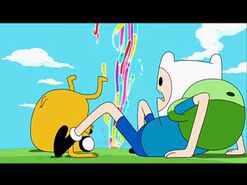 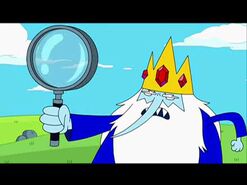 You want some of this too?! 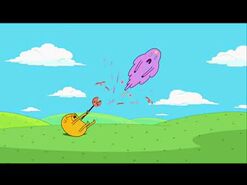 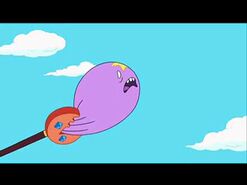 Oh my glob, Melissa! I think it's kicking in! 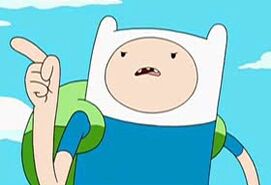 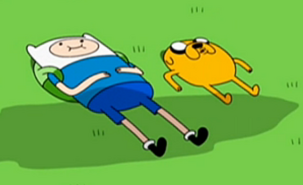 Finn and Jake distracting the wand

Retrieved from "https://adventuretime.fandom.com/wiki/The_Wand?oldid=348955"
Community content is available under CC-BY-SA unless otherwise noted.