Cole Sanchez
Andy Ristaino
"The Cooler" is the twenty-second episode in the sixth season of Adventure Time. It's the one hundred and seventy-eighth episode overall.

The Fire Kingdom is struck by a natural disaster and the Flame Princess seeks help from an unlikely ally.[2]

The episode starts with a fire citizen waking to his alarm. He shuts it off, mentioning that it is colder than usual. Putting on his pants, which are over sized for him, he assumes he has finally lost weight thanks to his exercise. He has not, however, exercised. His decreased body mass is due to the cooler temperatures present in the Fire Kingdom.

Fire Kingdom is shown from the outside view, and it appears extinguished. The Fire Elementals are worried about these strange happenings. A Fire Elemental Guard is ashamed because his headgear isn't emitting much flame, while another's entire body save his head has been extinguished. Two brothers hug each other for warmth, but one brother is absorbed by the older. Suddenly, the ground splits and releases a cool air pocket, reducing the size of the nearest Fire Citizens. In the discussion chamber, Flame Princess, along with her brothers and aunt, discuss the matter. She declares that the magma core that provides the life source for the kingdom's inhabitants is cooling, and weakening the citizens. Randy says he will do his best to help the Kingdom, but Flame Princess tells him to stay put. Her aunt suggests creating a giant love hug for warmth, but this idea is disregarded. Flame Princess' older brother proposes a more extreme solution that involves blowing up the Candy Kingdom.

Flame Princess explains that behind the door lie sacred relics of the Fire Kingdom. Bubblegum convinces Flame Princess to let her enter. Fearing for the well-being of her citizens, she lets Princess Bubblegum in, but warns her not to touch anything.

They enter through the doors, revealing the Sleeping Fire Giants. Flame Princess explains they exist to aid the Fire Kingdom in times of crisis. She also reveals only the royal bloodline knows about their existence. As she starts to go further, she sings A Kingdom from a Spark. While she sings, Princess Bubblegum removes the temperature control units from the Giants. Flame Princess ends the song, and catches Bubblegum. Bubblegum tries to cover it up but her bag rips off, revealing the other units.

Princess Bubblegum confesses that she messed with the core temperature to gain access to the Fire Kingdom weapons. Puzzled, Flame Princess asks her how she knew about the weapons. The scene switches to Cinnamon Bun, who promptly pulls a camera out of his face. Aggravated, Flame Princess calls Bubblegum a bad person. Bubblegum says to keep one last giant, and that she hopes Flame Princess will change her opinion of her. As they leave the room, Flame Princess answers Bubblegum's question from the beginning of the episode, revealing her name to be Phoebe.

Bubblegum calls off Ice King to stop freezing the core of the Fire Kingdom. The Fire Kingdom brims with life again, restoring the life force to the it's citizens. The scene changes to Princess Bubblegum's camera room, where she has cameras watching different locations in Ooo. The episode ends when Princess Bubblegum rips out the wires for her cameras, and leaves the room and locks it. She puts a sign saying 'Do Not Enter' on the door and leaves. 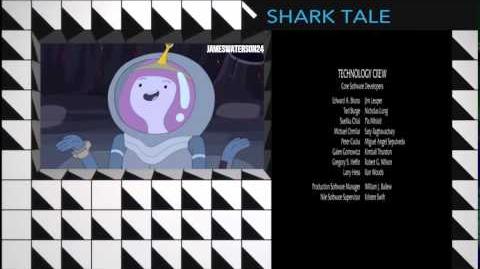 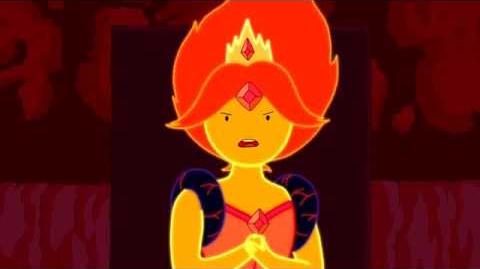 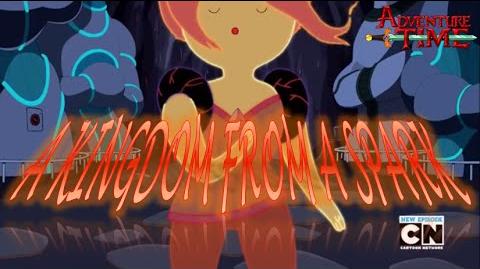