Spirits appear in "Mortal Recoil" and "Beyond this Earthly Realm." Ice King is able to see them with his Wizard Eyes. Although the spirits' physical appearance ranges from grotesque to peculiar, they are largely docile creatures and are considered to be minor annoyances to those that can see them; with the exception of sometimes touching or grossing out the Ice King who can never stop seeing them. Several of them are distinguished by the Ice King, such as The Dead One. It is unclear where spirits come from, but it is stated by Ice King that they manifest from the Spirit World, a different dimension with various portals (called "spirit holes") leading to it that are located throughout the universe. A "spirit hole" where spirits emerge from in Ice King's Castle leads back to the chamber where Finn found the lamb relic. They seem to like the Ice King and will crawl over him occasionally.

When they made their first appearance in "Mortal Recoil" they were referred to as spirits and didn't seem to disgust Ice King but he seemed depressed after he explained what they are. Later, in "Beyond this Earthly Realm," Ice King states that sometimes "a real cutie" will appear in front of him. However, he goes on to say that he "hates them," presumably for never leaving him alone and touching him all the time. 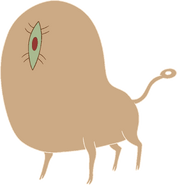 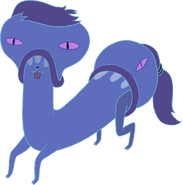 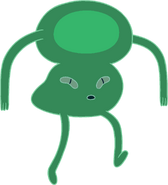 Add a photo to this gallery
Retrieved from "https://adventuretime.fandom.com/wiki/Spirit?oldid=798535"
Community content is available under CC-BY-SA unless otherwise noted.