"Diamonds and Lemons"
Spiders are a species that appears in the real world. There are many different spiders that appear throughout the Adventure time series, most having their own original designs.

All spiders that appear in the series appear to have four legs and multiple eyes. Some have their faces in their round bodies and some have a head. 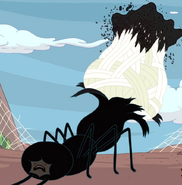 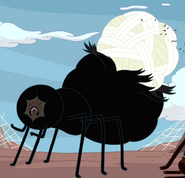 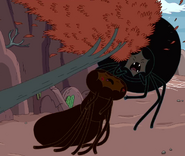