Geneva Hodgson
"Sow, Do You Like Them Apples" is the third short episode that is part of the sixth season of Adventure Time.

Ice King is hungry for bacon, so he harasses a lone pig on a farm for some food.

Ice King wakes up in the middle of the night with an empty stomach. He goes to his almost-empty fridge and briefly samples a bottle of mustard before going to his window and looking out his telescope for potential food. Ice King sees an eagle flying but deems it "too fast," then looks down and sees a rat. He considers eating it, but the eagle catches it before he can decide. He sees a patch of vegetables, but he rejects them as "nasty." Finally, he sees a pig in a pigpen and selects it as his meal.

Ice King is then seen in the pigpen, praying over the sleeping pig and preparing to eat it. He is eager to eat the pig's ribs, but the pig refuses to spread its bones and instead scampers away. Ice King tries piercing it with his spoon, then opening its mouth, believing that he can find bacon within the pig, but it bites his nose and tears off his cloak. In frustration, Ice King begins crying out loud about his hunger.

Marceline, who is returning home with two grocery bags of apples, overhears him and flies down to help him. She pets the pig and feeds it an apple, then gives the Ice King an apple to eat, which he licks then drops to the ground. Marceline says that the Ice King that he should be "nice to his food" like her, and she proceeds to eat the pink from the pig's coat. The Ice King picks up his apple and asks it if it "wants a snackie," then secretly whispers to it and asks it to turn into bacon.

Sow, Do You Like Them Apples Adventure Time Minisode Cartoon Network

Adventure Time Sow, Do You Like Them Apples SPECIAL Cartoon Network

Ice King looks in the fridge 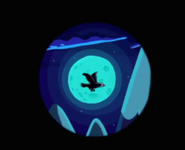 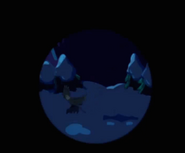 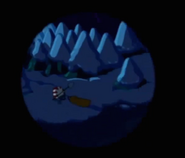 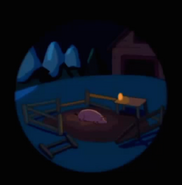 Marceline gives the pig an apple 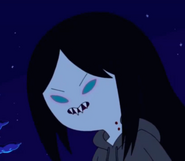 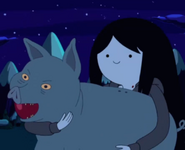 They both got something they needed! 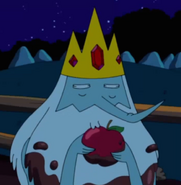 Ice King learns to be nice to his food