Graham Falk
"Shh!" is the twentieth episode in the fifth season of Adventure Time. It's the one hundred and twenty-fourth episode overall.

Finn and Jake distress BMO when they wager not to talk for the day, making BMO think they are not the real Finn and Jake. To avoid them, BMO hides in the wall listening to its favorite song.

Finn and Jake decide to play a game of "who speaks first," using signs as their only means of communication, wagering that whoever talks first will be "really disappointed." They eat breakfast in the kitchen, where they encounter BMO, who plays its favorite song to them. BMO is startled when they do not speak and thinks they are not the real Finn and Jake, so it hides in a hole in the wall, continuing to play its favorite song to calm itself down. Finn and Jake then try to communicate with BMO in many ways (with Jake entering the hole in the wall and finding various creatures there), but all without success.

Meanwhile, BMO had invited a group of Bikini Babes over to dance, and the Bikini Babes begin to cluster at the door of the Tree Fort. The Bikini Babes fly on top of the house, where they hear BMO playing its favorite song. Finn and Jake try one last time to reach BMO by using axes to chop down their kitchen wall, but they end up creating a rift in the wall that extends to the ceiling, opening it up, so the Bikini Babes fall inside. BMO appears and yells at them to attack Finn and Jake. While the Bikini Babes weakly beat up Finn and Jake, Jake cries uncle, signaling that he has lost the game. BMO then realizes that Finn and Jake were their real selves all along. The two try to explain what happened, but BMO cuts them off to say that it does not care and invites them to party. Finn, Jake, BMO, and the Bikini Babes start dancing, and the Party God crash-lands through their roof to join in.

The episode ends with a dedication to the deceased Adventure Time storyboarder Armen Mirzaian. 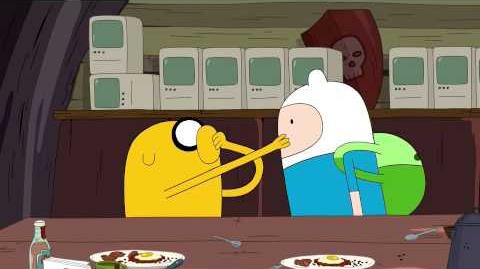 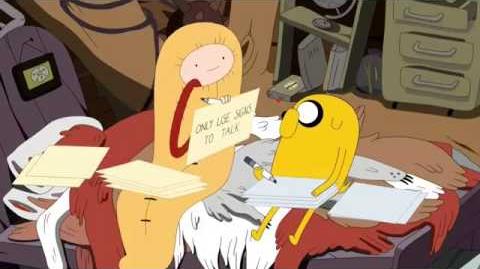 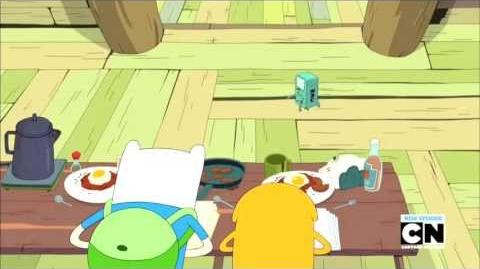 BMO Dancing SHH (No Wonder I by Lake) 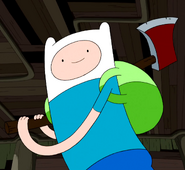