A smooth-talking heart-creature named Ricardio appears wooing over Princess Bubblegum, making Finn jealous while suspicious he may actually be a bad guy.

Finn immediately gets jealous and he tries to impress Bubblegum by doing the Science Dance, but embarrasses himself by saying "I'm not jealous, I'm WEIRD!" when Bubblegum accuses him of being jealous. Finn thinks Ricardio is a villain, but Jake does not, so they spy on him to see if he is evil or not. They see Ricardio going into a dumpster, holding a rope and broken bottles. Then they see him throwing the Ice King into the dumpster, so they question him about being a super-villain. Finn punches Ricardio right when Bubblegum comes. Mad and upset, she takes Ricardio away. And when Finn begins to believe Bubblegum hates him and that he was wrong, Ice King then crawls to Finn and Jake and tells them that Ricardio is a villain.

He says that during an experiment where he tried to take control of Princess Bubblegum's heart, he messed up and lost control of his. Ricardio said that he was going to cut out Princess Bubblegum's heart and make out with it. Without Ricardio, Ice King grew weak but managed to get to the Candy Kingdom and pleaded to Ricardio for him to return to Ice King's body, but instead Ricardio threw him into the dumpster and left him for dead. Finn and Jake hurry to the Princess Bubblegum's Castle and find Princess Bubblegum tied to a chair, being held hostage by Ricardio. Finn and Jake then fight Ricardio and manage to beat him up. The Ice King crawls into the castle and places Ricardio into his chest. He then believes that Bubblegum would marry him, but Finn kicks him in the face which causes him to fly away. During dinner, Bubblegum tells Finn that he does not need to be jealous anymore, but Finn denies that he was jealous in the first place. Then, Princess Bubblegum says "Kiss me, Finn," which causes Finn to blush. Princess Bubblegum was just acting like Jake did in the beginning of the episode; she was upside-down with a picture of Jake on her posterior dress. Finn then screams "NOOOOO!"

This episode was heavily censored in some parts of Europe, and less censored in Australia and Asia. 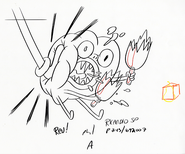 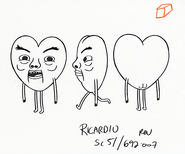 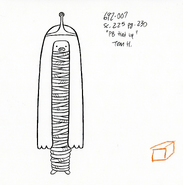 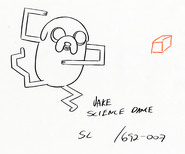 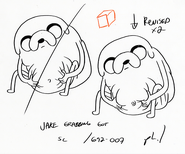 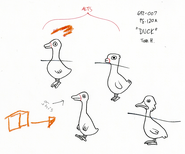 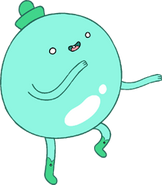 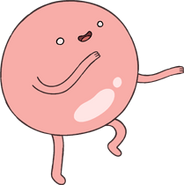 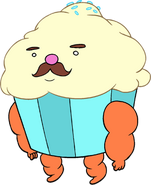 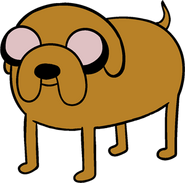 The Candy Kingdom as seen in the episode.

This is where Ricardio held Princess Bubblegum hostage. 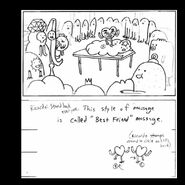 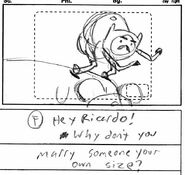