Somvilay Xayaphone
Bert Youn
"Princess Monster Wife" is the ninth episode in the fourth season of Adventure Time. It's the eighty-seventh episode overall.

The episode begins with the princesses of Ooo waking up to find various parts and pieces of their bodies missing. They go to Finn and Jake for help and the duo promise to help. They immediately go see Ice King, who denies doing anything at first, but reveals that he did in fact steal the princesses body parts to create Princess Monster Wife.

Finn and Jake faint from the shock of seeing her, leading Princess Monster Wife to inquire as to who they are. Ice King lies by saying the heroes are their children, whom they drag to the table for dinner. Princess Monster Wife tries to eat, but cannot keep the food in her mouth, which Ice King tries to imitate to make it seem like normal behavior.

Distraught, Princess Monster Wife locks herself in her room. Ice King tries to show her that she is beautiful by revealing that he made her out of the parts of the princesses he found most beautiful. Princess Monster Wife is disturbed by this notion and asks Ice King whether he would love her without the princess parts. Suddenly, a blindfolded Finn and Jake burst in and take down Ice King, only to discover that Princess Monster Wife has left to return her stolen body parts to their rightful owners. As her cape, the only piece of her that was left, floats back into the Ice King's castle, where Princess Monster Wife's disembodied last words to Ice King state that she will always be his wife. Ice King replies that he cannot believe that she gave away all his stuff as the episode ends. 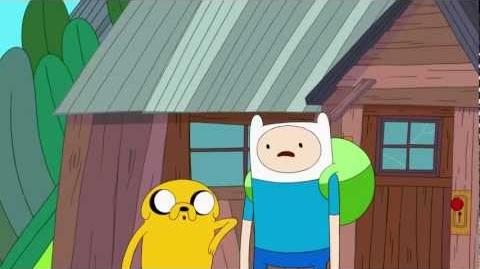 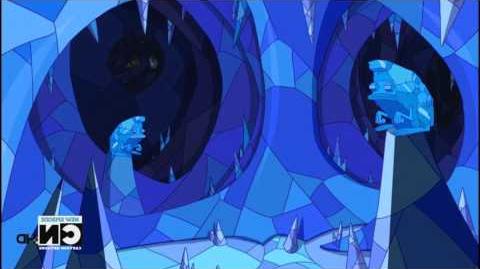 Adventure Time - Let Me Show You Something Special song

Turtle Princess loses a part of her face.

When you're an undead skeleton, you're bound to lose some bones sometimes.