Peter Stormare (born August 27, 1953) is a Swedish film, television, stage and voice actor, well known for his roles in Prison Break and Fargo. He is also a director, playwright, and musician, producing his own solo album in 2002 entitled Dallerpölsa & Småfåglar, and has released two other albums since. In Adventure Time, Stormare voiced the character Sir Slicer, who berates Finn for wearing a thimble in place of armor and attempts to discourage Finn in his quest for the Armor of Zeldron. 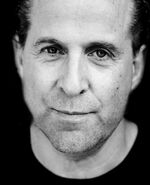 Add a photo to this gallery
Retrieved from "https://adventuretime.fandom.com/wiki/Peter_Stormare?oldid=810491"
Community content is available under CC-BY-SA unless otherwise noted.