If I could give you a thumbs up on this wiki (or like button) I would totally do it!

Saw your summary quote on PB's page and probably had one of the best laughs in awhile (It is an English major thing). But yeah, good catch on that fragment.

I JUST was wishing I could thumbs up an edit a moment ago O- o
Not for this though.

Wha? Are you commenting on how I wasn't talking about a fragment summary quote thing on PB's page? But... I wasn't commenting on it because I don't think I saw it?

fel is at work, every time he closes his browser he has to sign in. He forgets to every now and then.

i really liek u.. Edit

so what? maybe he rili liek u as a pursone? :P

i HAET it when people have accounts that make it look like its an dude..

Hmm, if you have an issue with it Stefan then why did you change what your listed gender said you were? 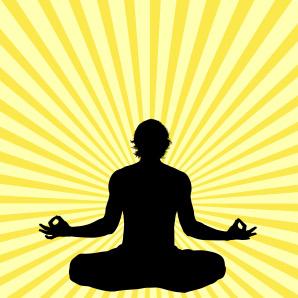 Firstly you need to make sure it's all out of your pockets or the noodles won't loosen up enough on the path itself. The trick is to just make sure there are no straight strands left, you want them as curvy and limber as possible which usually means pulling the end nodes rather than the spagetti line itself. I could explain this significantly more easily if you downloaded skype and screenshared though. Flame Prince Finn 19:48, May 3, 2012 (UTC)

Don't worry, I figured it out by doing the legs first. I was probably just confused since arms come out of these weird things called shoulders... Marceline the Radical Dame 21:55, May 3, 2012 (UTC)

i just wanted to say bye. so bye marcy!

oh ok see you then maybe.

It is preferable that you sign with four tildes instead of manually typing out a signature, ~~~~. . ƒelinoel_

Yes, it appears it did. Here I was thinking it was just my internet, but apparently this is just a day where evil wins over justice.

Okay good, I thought it was just me...

Thank Gob for chat being downEdit

I would never have thought to make a custom signature

Nah... it doesn't really. Though it COULD so with some promethium. Also pink background doesn't go with an orange border. BAM now it's black

Gob darn it. I bet Shadow doesn't even play Dungeons and Dragons.... pffft.

DnD is a Pen and Paper game, not a videogame. Kids these days.

ok im sorry i did not mean it the rules just said no posting unappropriate pic but i just posted my pic my pic my pic....... in short im sorry i just goten over board cuz its my first time to chat with other people im sorry

You weren't banned for that, you were banned for constantly spamming and breaking rules. If you actually read the rules you would know spam is not allowed.

yeah dude, you only went away for like, 15 seconds then came right back saying you read the rules. |

Your signature could also use a link to your userspace, and yeah kids these days think RPGs can only be played on a computer, if you read Darths and Droids there is a pretty good character in it who is essentially one of those people who is just hilarious. He doesn't understand why there are no set options for what to do and instead there is free will, great comic, great comic. . ƒelinoel_

Thanks dude. That seemed less... exciting than everyone elses response.

At an anime convention someone offered me cookies and alcohol to join the dark side. . ƒelinoel_

It was whiskey sadly, if it were rum I would have had it. . ƒelinoel_

Aaaah, it is but how it is percieved by the one who sees it. For which side truly dark?

It made enough sense, good and evil are relative concepts. . ƒelinoel_

Do you have any screenshots? Perhaps of Wikia's statement? . ƒelinoel_

I blocked Jed but only Stan and Jed got blocked, if Spartapon was also him then he would have gotten banned too... . ƒelinoel_

Hey I responded to your question here. . ƒelinoel_

Please remember to sign your posts with four tildes (~~~~). . ƒelinoel_

IF YOUD BEN ZERE FOR A DAY YUD UNZERZTAND

IF YOUD BEN ZERE FOR A DAY YUD UNZERZTAND

Please read the Adventure Time Wiki:Code of Conduct if you think that isn't true.

Yo Marcy it's me again I tried to go to the chat page and somethin was wrong I think the chat page is down again what do you think happend? :/

Sorry, I'm a mod not an admin. I can't fix the problem you're having... I think chat is working now so just try again.

( dooommmmyy is your chat working? Cuz mine's not ):

Marcy Im sorry i yelled during Chat i just got soo mad i wanted to tell them to stop but you banned me ;( BTW how long is this Ban?

You aren't banned, you were kicked. You have one last chance

Nope, Saber b& you for two weeks.

Hello,why did you kick me again?! I didnt do anything!

WHY DID YOU BANN ME? I DIDN'T DO ANYTHING!~flame prince jake

That is one sexy signature. Congrats on that. Yours always,

HEY I'VE SEEN ALOT OF ADVENTURE TIME AND I LISTENED OF FINNS SAID AND THERE WAS A BAD WORD THERE AND IN HERE JUST SAYING IN ANOTHER LANGUAGE CAUSE IM A PILIPINO!!!???

YO MARCY! GOT A MESSAGE FO YOU DAWG Edit

HEY MARCY! 2 weeks are officially OVER and im still banned HOW COME???????

I didn't ban you, it was Saber. Yours always,

BUT DO YOU KNOW WHEN I WILL BE UNBANNED???

Dont forget to sign, and btw i already left you a message in your talk page. It ends on June 13.

Marci plzz, this chat room is literary my life. I am so happy when I'm here. Look I'm sorry. I was just a bit mad because my record of not being kicked had ended. I really wnat to get back to the chat so could you plzz let me back in? I am so sorry. plzz I am almost crying, I really wnat to chat again.

im sorry for making bad words last night i'm so sorry i won't do it again. can you give me a second chance?

Who are you and what do you want with me? Yours always,

I'm sorry to have to say this, but the administrators of the chat have agreed to demote you. You haven't been acting as a moderator should, even intentionally breaking the rules yourself. Thanks for the understanding. I hope you can still contribute as a valued member of this wiki. 16:01, July 11, 2012 (UTC)

Do not excessively swear or insult other users. Also, do not upload images that are against our CoC (they contained vulgar words). Read and follow the Adventure Time Wiki:Code of Conduct. Thank you ^______^ 17:48, July 12, 2012 (UTC)

Do not excessively swear or insult other users. Also, do not upload images that are against our CoC (they contained vulgar words). Read and follow the Adventure Time Wiki:Code of Conduct. 18:03, July 12, 2012 (UTC)

Broken rules in the last 24 hours.

No excessive use of adult language. You will probably not be blocked for swearing a few times, but you may be in violation of the code of conduct if an admin considers your use of language to be excessive.

And of course, let us not forget

Please speak in sentences that people can understand.

I can't really do that anymore, lest the consequences will never be the same. Also, what's up with th spelling and cereal jokes? I do not understand. Am I dumb or something?

Closing thoughts: I don't want to do stuff on Goat City. Wouldn't want to disrupt the flow, ya dig?

Talk pages aren't so terrible bro.
Inb4 talk pages are terrible.
I just got back from Wyoming tonight and I'm mad tired. It may be more appropriate to muster up the confidence for tomorrow.
I'd go to Goatcity but I feel it best that I refrain.
Yours sometimes,

Significantly better than Georgia. Weather was dry and slightly cooler and actually just felt nice. In addition the views are amazing there and clouds look awesome which is something I am a huge fan of. Didn't see a lot of wildlife but whatever I guess. Also, fishing. Busy the whole time really and no internet/phone connection for most of it but it was relaxing and good. How have you been?

Probably so then. Why do you keep going to school that place isn't cool at all. You seemed to be able to be onlien most of the time when at school though before, has something changed?

I've missed you, are you still coming back :(

Y u change user? because you can only change your name twice? XD anyway hope i can umm track u down! (LOL TraCK YOU DOWN?!) EHEHE anyway im gonna post something on your other account! SEE YA BRO!

The way o the SWORD Stealth is the key Ninja'd

Retrieved from "https://adventuretime.fandom.com/wiki/Message_Wall:Marceline_the_Radical_Dame/User_talk_archive"
Community content is available under CC-BY-SA unless otherwise noted.