"Come Along With Me"
Martians are a race of aliens who first appear in the episode "Freak City." Their home planet is Mars.

The citizens of Mars all wear hats that are similar to Magic Man's hat. All Martians have very similar facial features. Some are bald due to drinking hair as a last resort for a beverage, when Magic Man turned all of the water on Mars into hair. They all wear hats to hide their lack of hair. Martians endured endless suffering at the hands of the Magic Man and his pranks, and so were forced to banish him to Earth for his crimes.

They were apparently led by Abraham Lincoln, king of Mars, prior to him sacrificing his immortality to Death in order to save Jake. 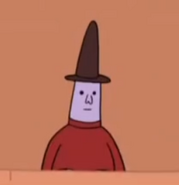 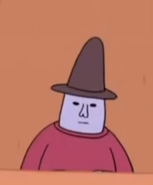 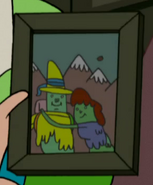 Drawing by Grod that are presumably of Martians