Loyalty to the King

Loyalty to the King

Kent Osborne
Somvilay Xayaphone
"Loyalty to the King" is the third episode in the second season of Adventure Time. It's the twenty-ninth episode overall.

Finn and Jake are excited to meet the Nice King who has come to Ooo, but when he starts giving orders, they realize he is the Ice King, only with a shaven beard.

The story opens with Finn and Jake saving Engagement Ring Princess from the sleeping Ice King. Upon waking up, the Ice King is infuriated, convinced "She broke up with (him)" before becoming depressed on what went wrong. He eventually shaves all of his beard off and attempts to work out in a park. He is approached by Slime Princess, who falls in love with him, mistaking him for a "Nice King" which was actually a misunderstanding in which Ice King says; "Well I'm an Ice King." Ice King attempted to correct the mistake, but when he realizes that Slime Princess likes him as the Nice King, he goes along with the misunderstanding, but instead, he mentioned he was a "really Nice King." Lumpy Space Princess spies on them and calls all the other princesses.

Back at the sand pit, Nice King has built himself a sand castle using the elements of the playground and collects all of the admiring princesses in a makeshift cage as Finn and Jake arrive. He knights them and orders them to sort through his admirers to find a suitably good looking princess he can marry. During this process, Finn begins to feel guilty for Jake's turning down Ghost Princess and Turtle Princess and making them cry. He tries to explain his feelings to the Nice King, who notices his own beard is growing back. Finn and Jake are instructed to go to the Ice Kingdom to retrieve his "stolen" razor.

Finn and Jake find a razor, but also discover the Ice King's shaven beard. They eventually realize the Nice King is the Ice King and rush back. The princesses stand in their way, refusing to let them beat up the Nice King. The heroes manage to push past them by using Jake's ear as a shield. After a chase scene through the sand castle, Finn kicks Nice King out of a tower and the two fall. Jake jumps down after them and Finn glues the beard back on the Ice King, revealing his true identity to the princesses. He jokingly mocks the princesses by calling them fat. Angry, they all beat the Ice King up. 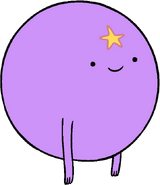 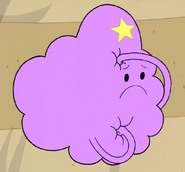 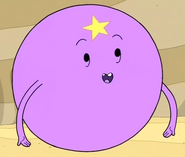