Regular Show
Steven Universe
Islands is a miniseries from the American animated television series Adventure Time created by Pendleton Ward and produced by Frederator Studios. In this miniseries, Finn meets other humans and an important member of his family for the first time.[3] The miniseries aired on January 30, 2017 and concluded on February 2, 2017 at 7:30 PM.[4]

After an arrival of a mysterious human transport ship, Finn, Jake, Susan Strong, and BMO set sail to four islands southwest of Ooo in search of other humans. During their trip, they unlock secrets, encounter various creatures, make new friends, and explore a variety of islands, find about what really happened to the human race, and Finn meets a very important member of his family. 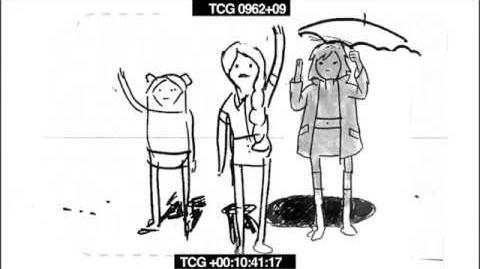