When the gold owned by several beings were devoured by a creature called the "Gut Grinder," Finn and Jake set out to discover who the culprit is, while trying to sustain Jake's thoughts that he is the actual Gut Grinder.

The episode begins with Finn trying to look for Jake and stumbling across Jake's viola. After Finn plays it badly, Jake appears and takes his viola back, proclaiming Finn is horrible at playing the viola. A cry for help springs the heroes into action, leading them to the village of the Soft People. When Finn and Jake appear at the village, the Soft People cry out frightened. One soft person cries out, "I'm gonna wee wee!" They appear sad because a creature named the "Gut Grinder" ate their gold, but they did not know what it looks like because they covered their eyes in fright. Jake comes out and explains he is not the Gut Grinder, much to the Soft People's relief. Jake then jokingly states he is the Gut Grinder in order to scare the Soft People for fun. The same Soft Person said "I'm gonna wee wee!" starts wee-weeing by spraying liquid from both of his armpits. Finn then says these soft people are wee-wee weird. He announces he will search for the Gut Grinder and that he swears to justice.

The Spiky People approach the Gut Grinder's corpse and discover it is actually the Spiky Chief's wife, Sharon, in a costume. She stole the gold because she wanted to go shopping, and used Jake as a disguise because he was "hot" (a running gag throughout the episode). With the mystery solved, the Spiky People give Finn and Jake a hug, ending with the both of them screaming in agony. 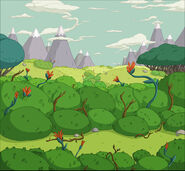 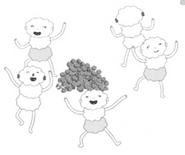 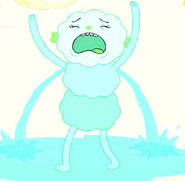 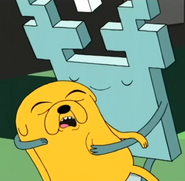 Jake breaking out of jail

Finn being thrown away 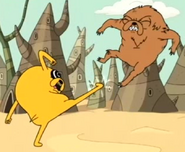 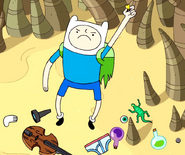