Steve Wolfhard
"Graybles 1000+" is the thirty-fifth episode in the sixth season of Adventure Time. It's the one hundred and ninety-first episode overall.

Cuber must rely on his bag of Graybles to survive while marooned on a familiar, yet alien world.

The episode opens in the wilderness of a strange, alien world, where a young Tuber is nervously looking for her infant younger brother, Cuber. In a nearby mountain, Cuber has stumbled into a cave and has accidentally slipped down a rocky slope. Crying out for his sister, he is suddenly faced by an approaching feral creature. The sequence suddenly freezes with a shot of young Cuber's frightened face and zooms out to reveal that adult Cuber is actually watching a Grayble of one of his childhood memories in his spaceship.

Addressing the viewers, Cuber explains how the present can be more interesting than the past, and he decides to observe a wedding being ministered in outer space just by his spaceship. However, when Cuber tries to move his spaceship closer he ends up moving too close and accidentally cracks the bride's spacesuit, sending her drifting into space. The angry groom and wedding guests retaliate by attacking Cuber's spaceship. Cuber quickly grabs his bag of Graybles and boards his escape pod, which crashes into Earth, which is in a seeming post-apocalyptic state. Still being accosted by alien ships, he quickly runs from the wreckage and, remembering his training advice to always trust his Graybles, takes a Grayble out of his bag to view it, but not before telling his viewers not to bother trying to guess the night's theme, as right now his priority is staying alive.

In the Grayble, Finn, Jake and BMO are outside the Tree Fort. Finn is busy digging a hole, explaining to BMO that he and Jake defeated a wizard and stole his Thought Cannon Wand, which has the ability to make anything one thinks of real. Jake tries to demonstrate the wand's power by using it to make a hole, but at the last second he thinks of a sandwich and the wand ends up creating a sandwich.

Back in the episode's main timeline, Cuber has reached what used to be the location of the Tree Fort, which is now abandoned and has grown into the clouds. He successfully digs out the Thought Cannon Wand and, hearing approaching enemies, uses it. It generates a giant sandwich, and the force of its uprooting sends Cuber flying into the air. He lands in the relative safety of a shallow pond, but the fall results in him twisting a leg. Cuber then retrieves another Grayble to view.

In the Grayble, the Ice King is seen waking up one morning, annoyed to find his leg twisted. He snaps it back into place and lets out a pained scream. In the corner, the Ice King sees Gunther with a brick, deducing that Gunther used the brick to break his leg in his sleep and warning him that he is "onto his business".

Cuber follows Ice King's procedure to snap his own leg back into place, but the pain causes him to faint. While passed out, he sees a vision of Tuber reassuring him. When he wakes up, night has fallen, and he retreats into a cave, where he comes across a house with its lights on and hears the sounds of someone playing a banjo from within it. Unsure whether its occupant is a friend or a foe, however, he decides not to enter and instead hides underneath the house's porch. He brings out another Grayble to view.

In the Grayble, Princess Bubblegum is on her bed using her laptop, monitoring dots indicating each of the Candy People's tracking devices. She notices Starchy's dot in an isolated area. Starchy is seen out in an open field, where he sees a Grass Lard. He manages to successfully extract the tracking device implanted in one of his teeth, lodging the tooth into the Grass Lard's blowhole. This successfully convinces Bubblegum that Starchy has been eaten by the Lard. Meanwhile, Starchy runs away from the Candy Kingdom into the distance, celebrating his newfound freedom.

Cuber comes across the field and retrieves the tracking device from the Grass Lard's preserved body, and the Lard awakens and thanks him for removing it. Cuber tries to use the device to send an SOS message, and he is soon visited by a giant Prize Ball Guardian, which assumes that he is Starchy. Cuber attempts to flee, but the enemy ships arrive. Cuber is thrust into the air by one of their laser blasts, and he and several of his attackers enter the Guardian's prize slot. They are thrust up a tube transport system and into the Guardian's head. In the process, Cuber's bag of Graybles is shot, creating an explosion that rips a hole in the Guardian's head and causes several attacking ships to crash. Cuber hides in one of the prize balls and views his last remaining Grayble.

The final Grayble is a continuation of Cuber's childhood memory depicted earlier in the episode. A frightened Cuber is frozen in fear, but Tuber suddenly arrives and, telling him that the key is self-actualization, slides him down a rock. Cuber throws the rock at the creature about to attack him, frightening it away. Tuber slides down to him and, giving him an embrace and a kiss, tells him that he can be a hero.

This memory inspires Cuber to attack the alien groom and seize control of the groom's ship to escape Earth. On his escape trip, he zooms past several landmarks of the former Land of Ooo, including the field in the outskirts of the former Candy Kingdom, Marceline's cave, the former Tree Fort, and finally the Ice Kingdom, where a brief glimpse of a deranged, flying ice creature is seen.

Cuber is shown to have safely made it back to his spaceship, where he lectures his viewers on the power of Graybles. He then makes a quick visit to Tuber, who is relaxing in another room in the ship, and apologizes for the mess and tells her that he loves her. 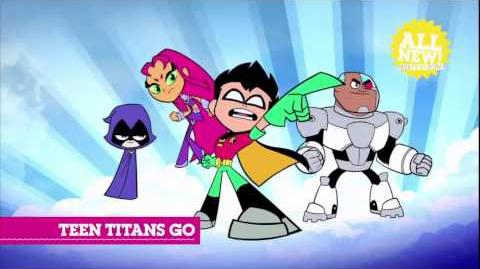 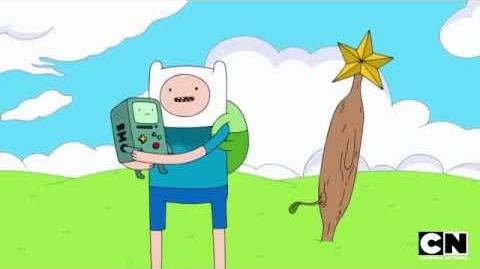 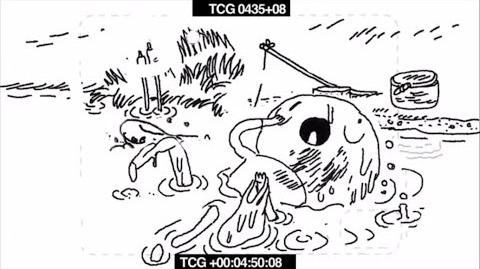 Cave in the Alien Cuber World

View of Ooo before ship impact

The Future of Marceline's house

A living room inside the Prize Ball Guardian