Seo Kim
Somvilay Xayaphone
"Gold Stars" is the twenty-sixth episode in the sixth season of Adventure Time. It's the one hundred and eighty-second episode overall.

The episode begins with The Lich laughing maniacally in the midst of swirling green ghosts and clouds. Sweet P. wakes up in fear and calls out for Tree Trunks and Mr. Pig. His parents comfort him, telling him that his vision was "just a dream," which he takes to heart. They go into the kitchen to eat breakfast and prepare Sweet P. for school. When they leave the house, they are greeted by Finn and Jake and a squadron of Banana Guards, who are there to escort Sweet P. to school. Finn and Jake, wary of Sweet P's past life, keep a close eye on him.

On the way to school, they encounter a squirrel whose head is stuck in a jar. Finn panics, thinking Sweet P. is going to hurt it, but Jake holds him back, telling him to wait and see what happens. Sweet P. takes the jar off the squirrel's head and gently pets it.

Finn and Jake drop Sweet P off at school. In the schoolyard, some Candy Kids mock Sweet P., calling him a big, weird baby-man. The other kids enter the school, but Sweet P. remains outside, saddened. King of Ooo and Toronto witness this and talk to Sweet P. They convince him to skip school and take up dancing after showing him how to swing his gut back and forth.

Back at home, Sweet P presents the gold star to his parents, who proudly put it on the refrigerator.

The next day, Sweet P continues doing his ridiculous belly dance, helping King of Ooo and Toronto pickpocket more unsuspecting people. This goes on for weeks as Sweet P.'s collection of gold stars grows to cover most of the refrigerator. King of Ooo and Toronto squander their riches on bling, and at the end of another day they return to their home and agree to meet Sweet P. again tomorrow.

At home, Tree Trunks and Mr. Pig leave to go out on a date, confident that Sweet P. is smart enough to stay home alone. Sweet P notices that the refrigerator is one gold star short of being completely covered. He wants to surprise his parents, so he leaves to find King of Ooo and Toronto, hoping they can give him one last star.

He peers into their window and sees them making gold stars out of scrap metal. He also overhears them talking about how great Sweet P. is at helping them rob people and that, if Sweet P ever found out what they were doing, they would have to "take care" of him. Startled, Sweet P. steps back from the window, snapping a twig underfoot. King of Ooo and Toronto hear this and confront Sweet P. They agree that they have to take care of him, scaring Sweet P back to his house.

Suddenly, the flames from the torch that the King of Ooo was carrying reawakens the Lich inside of Sweet P. He calmly tells them to stop and thanks them for teaching him. He tells them it is now time for their "education." The Lich says that before there was time, or anything, there were monsters. As he shows them the writhing mass of monsters, he breathes smoke-like gas at them, insidiously saying: "Here's your gold star." King of Ooo screams.

As quickly as it began, the possession ends. King of Ooo and Toronto run for their lives, screaming "Monster!" and dropping their bling. Sweet P. tells himself it was just a dream.

The next morning, Sweet P. surprises his parents by showering them with King of Ooo and Toronto's bling. At school, the same Candy Kids mock Sweet P. again, but Sweet P. merely lifts his shirt and swings his gut side to side, causing the bullies to laugh uncontrollably. As the teacher rings the bell, Sweet P. enters the school, leaving the three laughing Candy Kids outside. 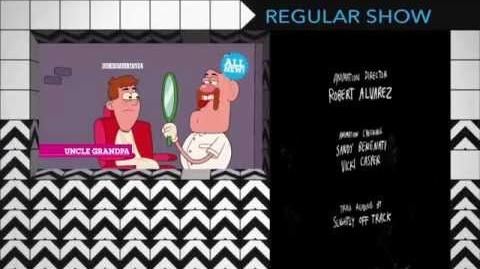 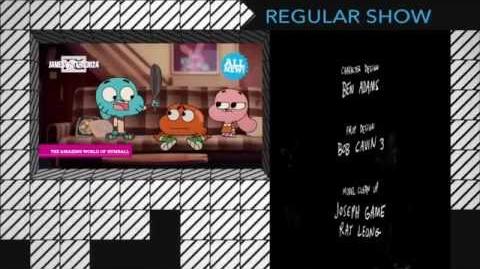 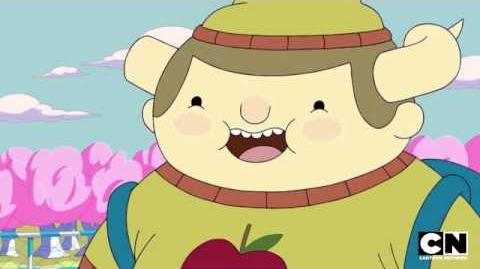 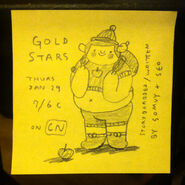