Multiple places in Land of Ooo

Ghosts are an undead species who live throughout Ooo. They vary in appearance, ranging from cute, simple forms of ectoplasm to more complex ones that have even taken a full humanoid form.

One of their most notable attributes is that they cannot be defeated by vampires, as said by Marceline. However, Marceline was shown to kick them in "Heat Signature," showing that they aren't immune to anything done by a vampire, just unbeatable. They also follow a rock, paper, scissors rule along with vampires and another species. Different ghosts were seen in "Mortal Folly." However, they had no role except erupting from The Lich's lair.

Ghosts do not remember the circumstances of their death; if they manage to recall the circumstances they ascend to the Dead World. Many ghosts apparently do not find this greatly concerning and even appear to have their own ghostly society of sorts. However, Ghost Princess (and presumably others) do wish to ascend to the 50th Dead World. Ghosts appear to retain nearly all characteristics from life aside from their memory. Ghosts seems to posses different types of powers like levitation, invisibility, teleportation, flying through walls and solid objects, draining the living of their organs, and changing their forms to bigger, more horrifying forms. 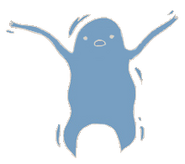 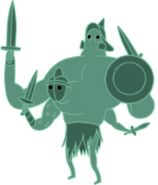 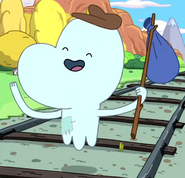 The Ghost from "James Baxter the Horse"

Jake as a ghost
Add a photo to this gallery
Retrieved from "https://adventuretime.fandom.com/wiki/Ghosts?oldid=797193"
Community content is available under CC-BY-SA unless otherwise noted.