Forums: Index > Watercooler > What's hanging in "The Eyes"
Wikia's forums are a place for the community to discuss subjects with other members. Remember sign your post with four tildes: ~~~~

Hanging Man in "The Eyes"

When Finn and Jake look out the window to see the horse, there is a little man hanging from the tree on the right side of the screen. When the view leaves and returns again, the little man and the broken branch he is being hanged from are gone. Any idea what this is? does it recur like the snail?

I saw this two the second time I watched the episode.
It was in standard definition so I wasn't sure exactly what it was at first.
To the point of thinking that perhaps, it might just be a candle, a key, or some tool like a canopener...
Nope...

It looks like a little skeleton ragdoll of Key-per, hanging himself. I doubt it was in the storyboard so maybe it was just a little dark easter egg that the animators put in. Doomsdaynger (talk) 06:16, June 27, 2013 (UTC)

Yeesh. Anyone else reminded of that actor playing one of the munchkins that hung himself in the background in the Wizard Of Oz?ICWienerblammo (talk) 17:22, August 9, 2013 (UTC) 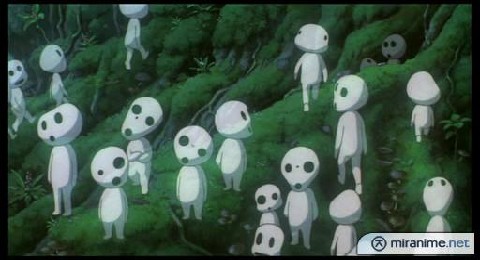 Retrieved from "https://adventuretime.fandom.com/wiki/Forum:What%27s_hanging_in_%22The_Eyes%22?oldid=579608"
Community content is available under CC-BY-SA unless otherwise noted.