Finn and Jake search for a new home after Marceline takes over theirs.

The episode begins with Jake telling Finn a scary story about vampires as a bat flies past the Tree Fort on a stormy night. Finn was really afraid, though he was unwilling to admit it. Finn even asked Jake if the story was true or if he had just made it up. In response to Finn, Jake said that a reliable source had told the story to him, making Finn even more scared. And to finish the story, Jake said that the vampire used to haunt the tree where they live. Jake leaves him to sleep, but Finn then sees a strange vampire-like figure in his window (proved to actually be Marceline trying to find a way to get in the treehouse). Finn goes downstairs out of fear and tells Jake. Jake then reveals that the story and "reliable source" were made up. Just then, the vampire, Marceline, breaks in. After introducing herself, she tells them of her adventures in the Land of Ooo. She then tells them that she owned the tree years ago, and proves it by showing them a large 'M' carved in the wall, but thanks them for keeping it warm for her. She then carries Finn and Jake out of their Tree Fort and they're forced to go house-hunting.

After a long montage (accompanied by the House Hunting Song), visiting the False House, a Bird House, a Bee Hive, a Cloud House, and a Giant Shell, Finn says he wants to go home. Jake then sings a song to him about how home is where your heart is. Finn then realizes he would rather be with Jake, however Jake said that he rather be dancing with some babes. Suddenly, Finn and Jake find and settle in a cave (Vampire Cave) they find, fix it up, and throw a party. Marceline comes and interrupts the party and shows Finn and Jake yet another 'M' carved into boulder, and that she previously owned it too, like the treehouse and thanks them for fixing up the place. Finn objects saying that she can't take their home twice to which she responds with a bass guitar cord while singsonging "yes, I can"; Finn is almost about to attack Marceline, but Jake reminds him that home is where the heart is. Finn then says Marceline can have the cave since Jake is his real home and is better than all of her homes combined to which Marceline agrees and then prepares to take Jake too, but Finn smacks him out of her hands which enrages her.

Marceline grows into a giant bat. Finn and Marceline start to fight. Finn gets hurt, and Jake decides to attack her. She then bites Jake and sucks his blood, making him presumably dead. Finn gets overcome with rage and fury and punches Marceline in the face to make her stop, telling Finn that he actually hurt her. Marceline then returns to her default form and kisses Finn on the cheek after successfully punching her, making Finn blush deeply, claiming that she enjoyed the fight. Jake comes back, showing that he survived by putting his guts and blood in his thumb. Marceline becomes amused and lets them have their old house back, as a 'gift' from her and scares them away with a scary face. When they get back, they find that their house is infested with worms. King Worm greets Finn and Jake, then tells them to hug him. He then shoots a hypnotizing beam from his eyes, commanding the two adventurers to hug him. The episode ends with the GWK (Giant Worm King) sending a signal, possibly calling more worms, as the brainwashed Finn and Jake hug him. 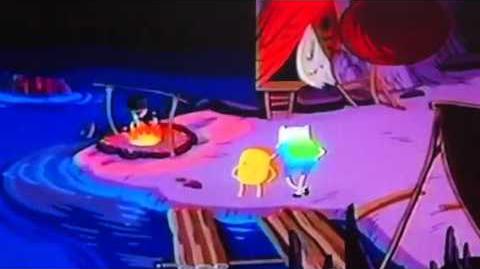 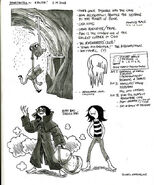 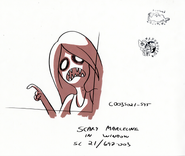 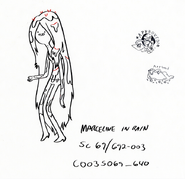 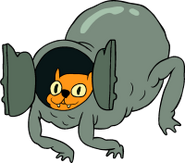 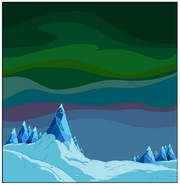 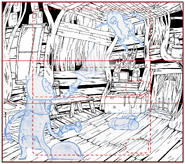 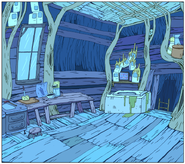 Centipede at the party 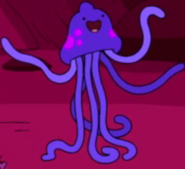 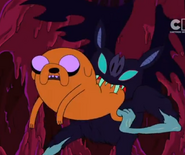 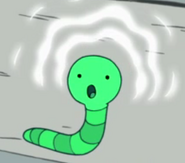 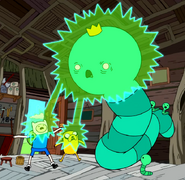 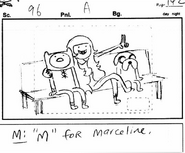 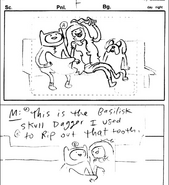