Tom Herpich
Steve Wolfhard [2]
"Dentist" is the twenty-first episode in the sixth season of Adventure Time. It's the one hundred and seventy-seventh episode overall.

When Finn's toothache gets too much to take, he has no choice but to visit the Ant Nation, where he encounters an old foe.

The episode starts with Finn in the bathroom complaining about severe tooth pain while Jake's inside Finn's mouth investigating a tooth that is seriously diseased and black, telling Finn to "go dentist". Finn refuses and runs off crashing through the bottom covering of the treehouse. Jake manages to convince Finn to go dentist.

After that, Finn is next seen being put in a well with snakes and butter, which transport him into the Ant Nation. He is appointed by Lieutenant Gamergate to go to the general's office. In the office, General Tarsal makes Finn a soldier and assigns him a partner - Tiffany Oiler.

Finn goes to have a meal, where he meets with Tiffany.

The next day, Tiffany and Finn start their hunt to search for giant worms, while they have their conversation, Tiffany runs to an area where he gets a suspicious feeling.

Suddenly, many giant worms dig out of holes. Finn convinces Tiffany to work together and they both kill many of them.

Out of nowhere, the Queen Worm breaks through the ground below them, causing Finn to fall. He quickly grabs onto a ledge. Below him, the Queen Worm opens its mouth right under him. He asks Tiffany for help, which he refuses to do.

Finn wakes up in a bed where he is treated by many ants. His teeth have been fully replaced and General Tarsal tells him that the Queen Worm died, presumably by choking on Tiffany who is missing in action.

Finn is then transported back to the Grass Lands with the snakes and the butter, where he is welcomed back by the residents. However, Finn has to remain silent due to the appearance of a fly spy, which is another enemy of the ants. 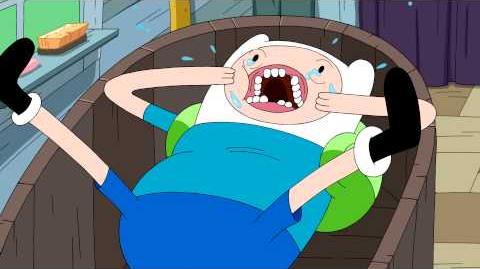 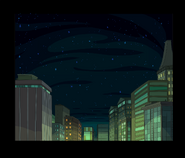