Adam Muto
Sloane Leong
"Dark Purple" is the twenty-ninth episode in the sixth season of Adventure Time. It's the one hundred and eighty-fifth episode overall.

Susan Strong and her associates infiltrate the mysterious Super Porp soda factory in order to save a baby that was kidnapped by its delivery drones.[2]

The episode opens up with Jake skate-boarding. Marceline and BMO are spectating as Jake does different moves on the board. Finn walks in the scene and hands a pack of red licorice to Marceline and a car freshener in the shape of a Christmas tree to BMO. Marceline inquires what they are doing waiting by a Super Porp machine. Finn and Jake answer that it's "Super Porp day." Jake asks her if she knows what the day is, and Marceline begins to recall and sing, the "Super Porp Jingle." Suddenly, a drone comes and releases a package of Super Porp into a Super Porp vending machine. They all buy a can of Super Porp except BMO. After a discussion about the mushroom war and the owner of the mysterious on-going Super Porp production line, Finn and Jake decide to leave it alone and enjoy their drinks that they bought. As the drone begins to fly away, it scans BMO, Finn, Jake and Marceline with the drone's visual reading stating they were not a match and then flies off.

Meanwhile in Beautopia, Susan Strong's tribe enjoys the Super Porp machines being restocked while Susan rants about Super Porp not being real juice. Suddenly, one of the drones that partook in the restocking of the Super Porp machines finds a match in it's database through it's spy camera's and snatches a baby hyooman. Susan, along with Celina and Sally, chase after it to the Super Porp Factory. They sneak in by holding onto drones until they come across a fountain with a Cheryl prop as decoration. Susan thinks that the prop is actually Cheryl and destroys it, but later finds out it wasn't real. They hear the baby crying through an air duct, but Susan realizes she won't be able to fit. Sally gestures Susan to throw her into the air duct, with Celina following her.

Being unable to go through the air ducts, Susan smashes the floor beneath her and crawls onto a machine where she observes the Super Porp workers as they sing the Super Porp jingle. They find out that Susan is watching and attack, but Susan manages to fight back and win. During the fight, one of the workers manage to restrain Susan and drag her into a vat of pure Porp; however, Susan was able to subdue the worker and get out of the vat of pure Porp.

She then exits the room and enters another huge production line where more Super Porp people are working. She hides behind boxes and takes two Super Porp workers who she punches unconscious. She then tries to disguise herself by putting the unconscious bodies on her, but the workers find out and try to lick her due to Susan being coated in pure Porp. She escapes and makes her way through a door where she fights a huge Super Porp dog, she jumps and kicks in the face when the dog flicks her off his head and she lands in Super Porp juice. The Super Porp dog then jumps onto Susan as her face is pushed down in the Porp until Sally jumps down from the air ducts above causing the Super Porp dog to be knocked back. Susan then gets up out of the Porp being unable to breath due to a layer of Porp covering her face. She removes the Porp only for her hat to be ripped from her head revealing that she appears to be Human with mysterious white mechanical parts implanted onto her scalp. Celina then jumps down from the air ducts onto the Super Porp Dog causing it to be drained of its Porp and flattened. The trio then hear the baby in the next room and head towards it.

When they finally reach Cheryl's office, they find Cheryl waiting for her in a chair while holding the baby. Cheryl explains that she took the baby so that she could find someone to replace her position as owner/mascot of Super Porp when she's gone. She states that the baby was the "destiny child" that matched with the drones database. Susan doesn't listen and punches Cheryl in the face just as she was about to feed the baby a can of Porp with a nipple top to the baby. Cheryl lands on the floor and starts melting to her death. She tells Susan that she will be responsible for the downfall of Super Porp, and that she ruined their ancient ways of their company's brand.

Susan takes Cheryl's mask, wears it, and approaches the workers. Thinking that Susan is Cheryl, Susan orders the workers to destroy the factory, which they obey.

One month later, Jake waits for the Super Porp restocking at the same location. A faulty drone flies by to drop the box in the vending machine. Jake orders a can and drinks a bit only to spit it out and pour out a black liquid to which he shouts in disgust "I jinxed it!" 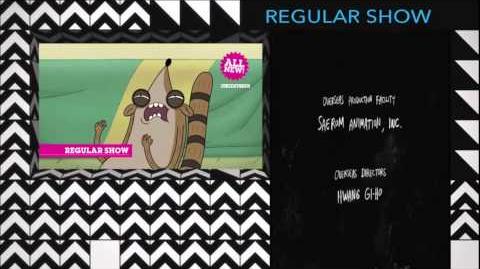 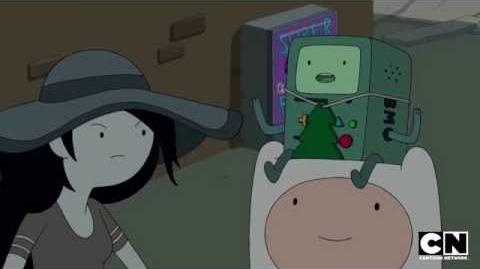 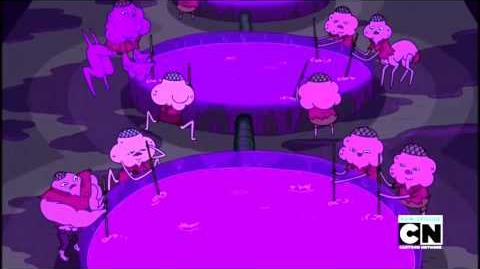 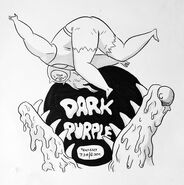 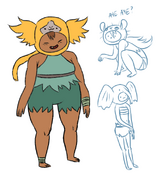 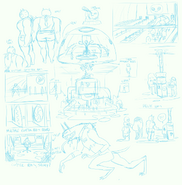 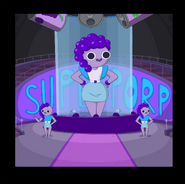