"His Hero"
Cotton Candy Princess is a princess who makes her only appearance in the episode "His Hero." In the "Billy's Song" flashback, Billy rescues her from the Fire Count.

Cotton Candy Princess is less proportionate than the majority of humanoids in The Land of Ooo, as her head is larger than her torso and limbs together. This is further accentuated by her copious amount of hair, which is pink cotton candy. She appears to be short compared to Billy, but considering that he is much taller than other characters, she may be of normal height. She wears a long-sleeved purple dress with mauve detail and a gold crown with a red gem encrusted in it similar to many other princesses of Ooo.

In Natasha Allegri's design, she has white skin with blue clothing and pink hair collected with a turquoise horn. 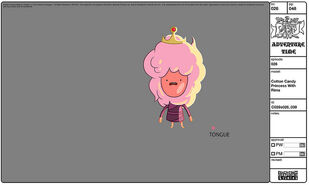 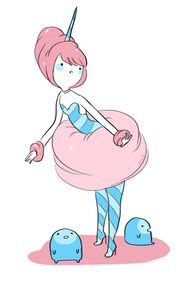 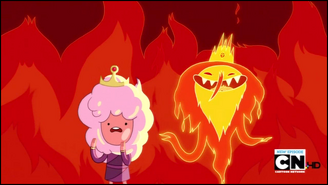 Captured by the evil Fire Count 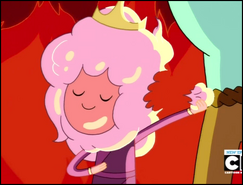 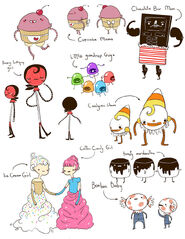