Dee Bradley Baker
Chet appeared in the episode "Slumber Party Panic." He almost figured out that the Candy Zombies were among the Candy People, who were all having a slumber party in Princess Bubblegum's castle. He heard them and freaked out and was about to explode when Finn turned the volume up on the radio, which calmed him down. He is also seen arguing with Peppermint Butler over who gets to be "Grill-meister" in the episode "The Real You."

Chet resembles a bon-bon and speaks with a surfer accent. He is voiced by Dee Bradley Baker. 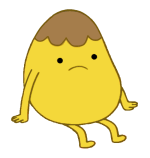 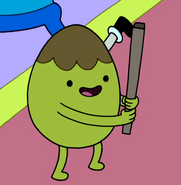