Cartoon Network: Battle Crashers is a crossover game for the PlayStation 4, Xbox One and Nintendo 3DS. It is the fifth Adventure Time video game, and the second crossover game. It was released on November 8th, 2016. It features Finn as a playable character.

When Uncle Grandpa accidentally hits the multidimensional switch on his RV, he creates a tear in the universe that brings together the heroes of some of Cartoon Network's biggest shows to team up against threats from across their many animated worlds.

Join Gumball, Steven Universe, Finn, Mordecai, Clarence and Uncle Grandpa on a crazy interdimensional adventure! Use each character's unique attacks and special moves to fight your way through all the levels. Take on the single-player challenge or grab up to 3 friends for multiplayer action! 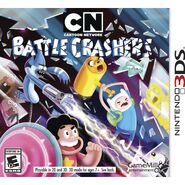 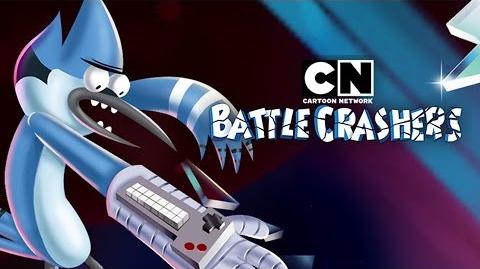