View source
watch 01:33
Wiki Targeted (Entertainment)
Do you like this video?
Play Sound

Candy Scramble is an Adventure Time game on the Cartoon Network website. The game is about the Royal Tourna-Mint held at the Candy Kingdom by Princess Bubblegum in which one plays against an opponent in a sport similar to football.

The object of the game is to score more goals than one's opponent by passing,

running, catching, tackling, and scoring, and ultimately winning the League Championship. The Player has the choice of Offensive or Defensive formation. If one does

well in a match, they are awarded coins which can be spent on items and training. In Career Mode, each match is 90 seconds long; in Single Match mode, the matches can also be 3, 5, 10, or 30 minutes long. 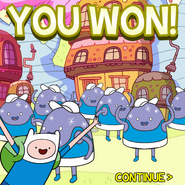 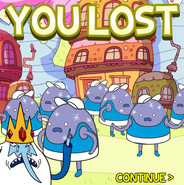 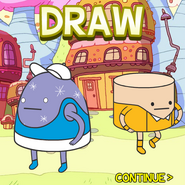 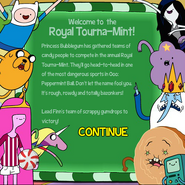 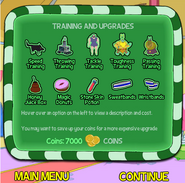