"Obsidian"
Grape Popsicle Guy is first seen in the crowd of Candy People during the party in "The Enchiridion!"

He looks like a light-purple popsicle with a bite taken out of him. His feet are two popsicle sticks. 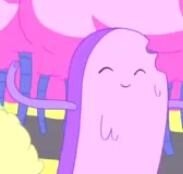 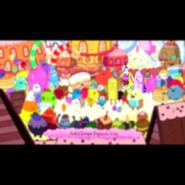 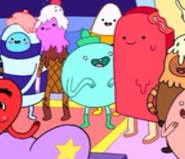