"Box Prince" is the thirty-seventh episode in the fifth season of Adventure Time. It's the one hundred and forty-first episode overall.

Finn meets the Box Prince (a cat with a box on its back) and discovers that the Box Kingdom has been taken over by an impostor. Now, Finn must help the real Box Prince reclaim his rightful throne.

The episode begins with Finn looking out of his window, informing Jake that the storm has passed. Jake is seen playing Pro Football 1861 on BMO in a messy spot. He offers nachos to Finn, which Finn says he loves and promptly eats. Finn goes back to the window, with his nachos still in hand. While gazing out of the window, he notices a box with a face on it. He announces it to Jake, who turns down his offer when Finn asks him to check it out. Finn returns the nachos to Jake and runs out to inspect the box, while Jake continues playing BMO.

When Finn comes near the box, he notes that his face is now missing. While examining it, the box moves, much to his surprise. After looking closely, he finds the face on the other side of the box, and asks if it is okay. The box shakes, and a cat sticks out its head for a short amount of time. Finn yells to Jake, announcing that there's a cat inside the box. Jake tells Finn to "get it out of here."

Finn turns to the cat and follows the cat after asking if it knew where its home was. After plowing through many trees, they arrive at the Box Kingdom, which is occupied by cats inside boxes and turtles that are being used for transport. Several cats in boxes announce the arrival of the supposed Box Prince. Finn asks the cat if that was its prince, to which he answers by mewing sadly. The scene turns to the Box Prince, who steals a fish from a net, much to Finn's surprise, and says that a prince shouldn't steal from his subjects.

The cat licks Finn's hand, and then proceeds to make a back-and-forth motion with its paws. Finn quickly realizes that the cat was the real Box Prince, and that a thief took its place. Finn states that he will help the cat reclaim his kingdom and rubs its head.

The scene changes back to Jake playing BMO. Suddenly, BMO interrupts the game, asking Jake why he hates cat'. Jake says that he doesn't want to talk about it, because "it's personal." Jake suddenly starts wailing in pain, telling BMO that there's a shard of tortilla chip stuck between his teeth.

The Box Prince starts circling a plant, which represents the same storm from before that caused the Box Prince to end up at the Tree Fort. Finn believes that its crown is lost somewhere in the woods. He tells the Box Prince that all they need to do is find his crown, and prove to his people that he's the real prince.

Jake is seen again, still trying to get out the nacho shard from his teeth, with no success. BMO interrupts the game once again, telling him to "get big," so that the chip will fall out. Jake tells BMO that he can't stretch out of everything, and to live life, "you need problems." BMO claims that his statement is stupid, but Jake replies by saying that there is no point to living if you get everything the minute you want it. This causes BMO to have flashbacks of the various moments where Jake eased out of situations by using his special powers, and frowns.

Finn and the Box Prince are seen searching the woods, retracing his steps. He asks the Box Prince if he remembered which path he took. He hears the Prince's mewing, and looks behind to see that he found his crown, stuck on a tree branch, which pleasantly surprised Finn. He pulls the crown out of the branch, and starts walking back to the Box Kingdom, with the crown still in hand. Finn takes a box from one of the Box Kingdom citizens, and uses it as a pedestal.

He announces to the Box Kingdom citizens that he found their true prince, much to the false prince's dismay. He places the crown on the Box Prince's "head," and calls out the fake Box Prince. However, none of the citizens believe him, and they all go away. Finn says that the rain made the Box Prince's box all hobo-like and that the Box people are not looking past the "surface grunk." Suddenly, the fake Box Prince is seen with a lance being attached to his box. Finn tells the true Box Prince that he's being challenged to a joust, and that he is going to find him a lance to win over his kingdom.

The Box Princes are seen in the arena with their lances. The battle starts and they start charging. Both of their boxes come off upon contact, revealing that both of the princes have the exact same fur coat. As soon as this happen, the Princes start fighting as cats and they both go on an alert position, screaming at each other. Suddenly, the other members of the audience start fighting, throwing off each other's boxes.

BMO is seen sitting at the floor. Suddenly, Jake appears, telling BMO that he no longer has a chip stuck between his teeth. BMO congratulates Jake, asking him how he got rid of it. Jake says that he didn't actually get it out, and it's still there. He states that it will serve as a constant reminder of what life's all about, which disappoints BMO.

Finn is running through the Box Kingdom, which is covered in complete chaos. He finds a box showing a spray bottle inside, which he takes away. He goes back to the princes, who are still in an alert position, screaming. Before one of the Box Princes were about to scratch the other one, Finn sprays water over that one, which stops all of the citizens from fighting. However, he becomes confused on which cat is the true prince since they are both identical in appearance. One of the princes starts licking his knee, which causes Finn to pick it up and announce that he's their true prince. The other prince also starts licking his knee, who he picks up, saying that it "may be this one."

All of the cats walk away, and are shown playing with boxes. Finn starts to wonder if the Box Kingdom is even an actual kingdom. All of the purring cats slowly start swarming Finn while licking him, and the episode ends. 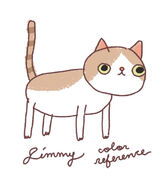 The Snail in "Box Prince"