"BMO Lost" is the seventeenth episode in the fifth season of Adventure Time. It's the one hundred and twenty-first episode overall.

BMO gets snatched away by a giant eagle and must find its way home with the help of a Bubble and a baby.

The episode starts off with a group of insects break-dancing while BMO watches them from the Tree Fort. BMO says that dancing is cool and attempts to dance the wave and do the worm, but is interrupted when a giant eagle swoops down, snatches BMO, and takes it back to her nest. The bird feeds BMO to her chicks. BMO attempts to escape but fails to, and the eagles sleep.

In the morning, BMO escapes the baby eagle's mouth and looks to see where it is. It can see the Tree Fort very far away and begins to climb out of the nest. It climbs out off the eagle's nest, but is startled when a worm jumps out from under the nest. BMO slides down the mountain and falls on its screen, which breaks, and shouts for Finn and Jake to kiss its face. After that, a Bubble comes out and asks if it might wallow with BMO. The Bubble says that it has been lost there for a long time. It says that BMO and it can just wait to be eaten by a big carnivore, but BMO disagrees and says that it knows two heroes that can help them. BMO says that when it gets home, they will help him find Bubble its home. Bubble says that BMO's friends are great and the two begin to travel.

In the woods, BMO and Bubble hear movement behind some bushes. Bubble gets scared and hides behind BMO. BMO grasps a mushroom to attack the creature and throws it, which does not go very far. The creature turns out to be a large pink baby with an unusually shaped hand. BMO covers the hand with a leaf and calls the baby handsome. Thinking the baby is lost, BMO begins to drag the baby along with the group. While dragging the baby, Bubble says they should name the baby "Sparkle"; BMO disagrees, however, and thinks the baby looks more like a "Ricky."

The group then comes across a bridge with no rails, debating whether to cross the bridge. Suddenly, they hear strange howling behind them in the forest. Thinking a carnivore might be coming, they decide to let Sparkle cross first. Unfortunately, the baby tumbles off playfully, and BMO jumps after him. They are caught in a moving stream, heading towards a waterfall, but Bubble saves them (by knocking a leaf over which hits a stick that hits a bottle that hits a rock, etc. until eventually hitting a tree trunk that blocks BMO and Sparkle's fall.)

Once they are out of the water, BMO tells them its batteries are wet and takes them out, turning itself off. The whole party falls asleep until the next day, beginning when Sparkle puts BMO's batteries back in. As they are walking, Sparkle starts fussing, but is satisfied when he is given a rock to suck on. Shortly afterwards, they hear the howling again, and try to hide in a hollow tree stump, but Sparkle does not fit. The noise gets closer and closer, until they find out that it is the baby's mother. She then finds her baby. Before she goes, she shames BMO and finally walks away.

Bubble whizzes through the forest and rests with BMO on a log. BMO explains it misses Sparkle (still calling him Ricky). Bubble tells it that Sparkle is safe now and tells BMO that it saw a couple of bugs ahead while it was wandering around, whom BMO claims to recognize. They run across the land until they reach the Tree Fort. They ring the doorbell and hear Finn and Jake squabbling. While they wait for the door to open, Bubble proposes to BMO. Shortly after BMO happily accepts, Jake opens the door and playfully pops Bubble. BMO starts to grieve for Bubble's loss (which Finn and Jake mistake for acting and laugh at it). Suddenly, BMO hears Bubble's voice and thinks it is going crazy, but Bubble explains that it is now Air and says to BMO:

After hearing the speech, BMO waves its arms around happily and says, "Yay!" 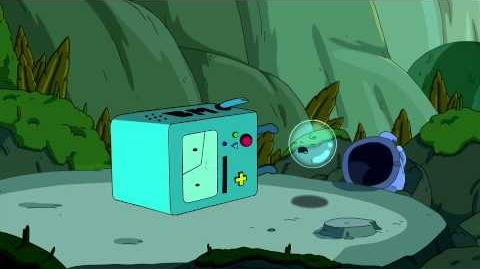 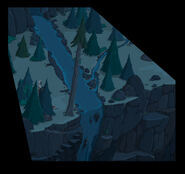 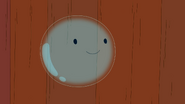 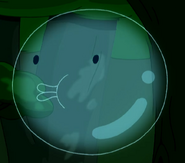