"Another Five More Short Graybles" is the twenty-fourth episode in the fifth season of Adventure Time. It is the one hundred and twenty-eighth episode overall.

As Cuber tells the stories of the "old days," Princess Bubblegum helps Cinnamon Bun conquer his fear of the dark; the Earl of Lemongrab teaches his new baby how to dance; Finn and Jake build a time machine for Jake Jr.[2]

The episode begins in a room filled with birds and trees which seems to be in outer space, in which we find Cuber. He asks if instead of hearing more Graybles, the audience would rather watch him make a birdhouse; the "camera" pans up and down as if nodding yes. The scene quickly changes to a workshop room in which Cuber is finishing a birdhouse; however, it is missing a "door hole". He ponders where the hole should go before remembering that the answer can be found in the Graybles. He asks the audience if they mind if he looks through them to find it. The "camera" pans side to side as if shaking its head no, and he brings up the Graybles on what appears to be a glass screen.

The first Grayble takes place in Finn and Jake's treehouse, where Jake Jr. is sitting on a couch reading. After she tells Jake she is nervous about the future, Jake and Finn insist on building a "time machine" for her in an attempt to entertain her and cheer her up. While Jake and Finn are away getting things to build the machine, Jake Jr. remarks that her mom has a strange "taste in men". Jake and Finn return and make an elaborate show of creating the time machine, pretending that a pillow is a part they need to build it.

The next Grayble takes place in what appears to be Cinnamon Bun's house in the Candy Kingdom. As Cinnamon Bun throws a fit on his bed in his room, Princess Bubblegum yells from the doorway that he is not a kid anymore and that he should not have a nightlight anymore. She is holding a gold-orange nightlight that is in the shape of Jake's face. Cinnamon Bun hysterically declares that it is too dark when the lights are off; when he turns on the light he screams that it is too bright; when he breaks the light, making it dark once again, he yells until the broken fixture catches on fire beside his bed, giving the room a soft, glowing light, and he relaxes in his bed. Outside, firefighters put out the fire in Cinnamon Bun's house, and he leaps out the window screaming because it is too dark again.

Next, we find the two Lemongrabs playing with a dollhouse in what appears to be Castle Lemongrab. They call the small lemon-headed china doll they are playing with "Lemon-sweet" affectionately, though it does not seem to be alive. One Lemongrab says that Lemon-sweet is going to go to sleep in his miniature bed, but the other says he would rather stay up and dance, and grabs the doll, making it dance. The first Lemongrab disagrees and takes the doll back, puts him to bed quickly, then stands up to open a cupboard mounted on the wall, getting in the other Lemongrab's way and pushing him aggressively in the process. He says he is going to give Lemon-sweet his sleeping cap, and delicately takes a tiny yellow and orange hat out of a cupboard filled with rows of tiny hats, calling it "beautiful". When he turns back around, he finds that his "brother" has taken the doll out of its bed and is making it dance again. The Lemongrabs engage in a scuffle that results in Lemonsweet falling to the ground, breaking his head into many peices. Outraged, Lemongrab 1 screams "only one", and proceeds to swallow Lemongrab 2. 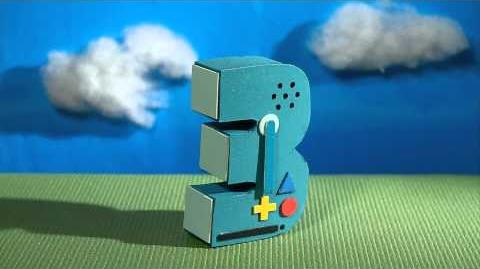 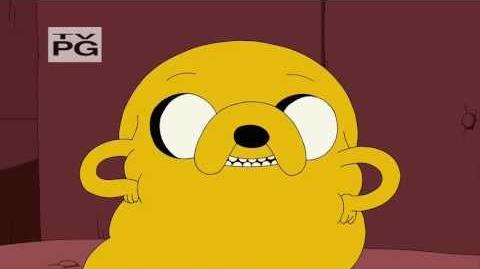 Promo Art
Add a photo to this gallery

Retrieved from "https://adventuretime.fandom.com/wiki/Another_Five_More_Short_Graybles?oldid=527602"
Community content is available under CC-BY-SA unless otherwise noted.