Adventure Time Costumes are Halloween costumes based on characters from Adventure Time. The initial set is exclusively being sold at Spirit Halloween stores and on spirithalloween.com. There is also a slightly different set available on the Cartoon Network Shop and possibly at the WB Shop (since both Cartoon Network and Warner Bros. use the same engine as of July 16, 2012). 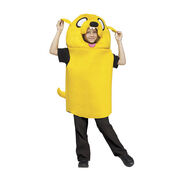 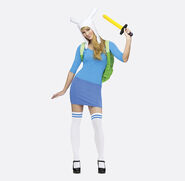 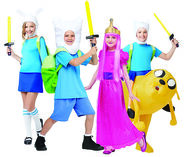