Adventure Time Monopoly is a board game developed by Cartoon Network along with USAopoly. It is an Adventure Time themed Monopoly game featuring various characters and locations from the show. Characters are also featured on the "Ooo Dollars" for the game. 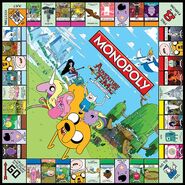 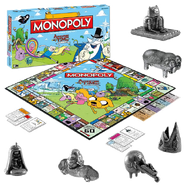