Adventure Time: Explore the Dungeon Because I DON'T KNOW!

Adventure Time: Explore the Dungeon Because I DON'T KNOW!

Adventure Time: Explore the Dungeon Because I DON'T KNOW! is a video game developed by WayForward Technologies with the help of Pendleton Ward. The game was first announced of May 14, 2013 on many gaming websites such as IGN. The game includes voice acting from major characters and four-player cooperative multiplayer.[2]

Princess Bubblegum summons Finn and Jake to the Candy Kingdom to investigate a rash of thefts and kidnappings that have plagued her kingdom. She thinks the cause lies within her Secret Royal Dungeon, where only the nastiest monsters and criminals are locked up. If they've found a way to escape, the Land of Ooo will be in danger!

The character's HP determines how much damage each can take. This can be upgraded 3 times by paying Treasure to Mr. Cupcake:

The character's Attack stat determines how much damage each inflicts with Standard and Charge Attacks. This can be upgraded 3 times by paying Treasure to Muscle Princess.

Determines the amount of time necessary to charge a Charge Attack. This can be upgraded 2 times by paying Treasure to Lady Rainicorn:

Determines the number of Special Attacks available in the power meter. This can be upgraded 2 times by paying Treasure to Neptr.

On August 15, 2013, via Facebook, D3 Publisher announced an exclusive collector's edition case for the game. The case will be a BMO SteelBook (like the Enchiridion case for Adventure Time: Hey Ice King! Why'd you steal our garbage?!!).[8] 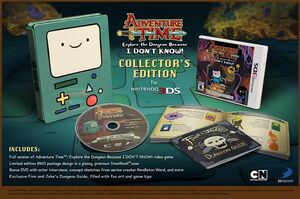 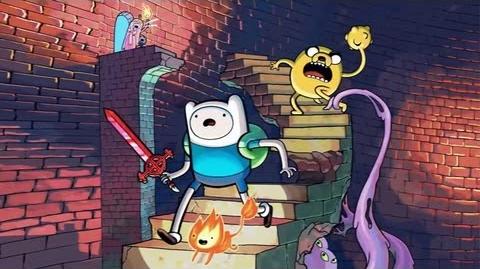 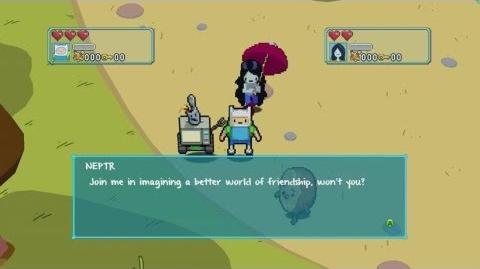 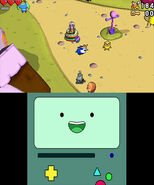 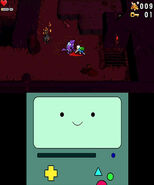 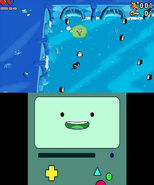 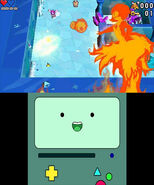 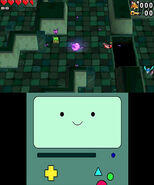 Retrieved from "https://adventuretime.fandom.com/wiki/Adventure_Time:_Explore_the_Dungeon_Because_I_DON%27T_KNOW!?oldid=799081"
Community content is available under CC-BY-SA unless otherwise noted.